So, this is the last thing I really wanted to do, but I need to. Part 8 of my Hero’s Tale VYA will be going up in the next day or so, and then I am putting the VYA on hiatus for a couple of weeks.

The reasons are multiple, and I explained them in my previous post. I need to feel comfortable focusing on non-writing things for a while. It has been hard enough getting work done related to my family and home through these last 2 months. Getting writing in has been even harder.

That being said, I will be writing and working on this blog behind the scenes. When I return, it will be with Part 9. I might have a few non VYA related posts going as well. There are a number in the queue that I haven’t been able to finish up yet.

I haven’t been blogging as much in general because of a block in my mind. After I finished #ROW80, I began thinking about how to work my blog. I want to have this site focused on my Hero’s Tale stories. That leaves a lot of stuff left out, though. And I believe that material would be better suited to an author blog. That is why I purchased BrianTRonk.com. But, you can see that I haven’t done anything with it yet. I have been researching how to host multiple WordPress blogs with one install, and I believe I have it all figured out. In the near future, I’m going to take the site down to get everything going. Here’s hoping that I don’t completely break it.

I also want to look at a redesign of the blog. I’ve only begun thinking about this, so that is further down the line.

As I have said, I am not abandoning the story. I’ve become invested in the story, and I want to know how it turns out. Bardulf’s Tale is just starting to get interesting. I will see you soon.

I wanted to do a quick update. Life has been really busy the last month. My family moved to a new house in a new city a month ago. Toss into that helping care for my wife’s grandmother and cleaning her house (the one we moved into) so we can fit our stuff as well. Because of that, I’ve had a lot of traveling for work, as well as packing and unpacking.

Moving into a new place has really thrown off my routine. It’s something I am re-learning. New place, a new person in the house and many more distractions make for a great challenge.

I really have had too many of these types of posts. I am not proud of that. But as writing is not something I do full-time, I have to make time for it. And there are times when other things need to take precedence.

All that being said, I am working on some writing tonight after I cool off a little. This heat wave has hit hard, and we’ve got no AC anymore. Something to get used to, I guess.

The Tale is not done. In fact, it is just getting good. 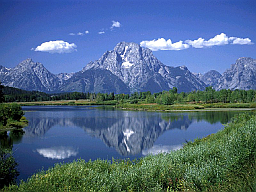 I want to see mountains again, Gandalf, mountains! – Bilbo Baggins, The Fellowship of the Ring

Do you ever have that feeling that something needs to change? That itch for adventure and the unknown?

I have that itch now, and I don’t know what to do with it. It tugs and pulls, telling me that there is somewhere to go and something to do.

Mountains represent a time when things were clear to me. And right now, things seem foggy.

As for things I’m working on. NaNoWriMo 2011 is starting on November 1! I’m going to be doing that, so I’ll be MIA for Nov, most likely. If you want to follow or friend me on the NaNo site, here is my profile.

After NaNo, I’m going to get a VYOA going. If I can get it going quick enough, it could be in Dec, but I’m betting Jan 2012.

In the near future, I’ll have a review for DestinyQuest: The Legion of Shadow, and also the Gamebook Adventures iOS apps.

So, lots on the table, and not enough time. Such is life though.

Oh, I’ve also updated my Contact Me page to list my Google+ profile, as well as my NaNoWriMo profile.

Update: The site for NaNoWriMo has updated, so the old link is no longer valid. I have updated it, though.

I’m afraid that this is going to sound whiny, so I’m sorry if it does. That isn’t my intent. In fact, this post is over a month in the making, not a spur of the moment thought.

What do you desire to do? Are you able to do that, or is there something else you end up doing instead? If the latter, when do you find the time to do those things you want to? This is a never ending issue for people.

Me? I want to write. So, a typical day for me includes being away from home for 9.5 hours or so. 8 of those being work, 1 for lunch, and a generous half-hour for travel. Then once I get home, it’s usually time to eat, play with the kids, clean up, and time for kids to get in bed. I’ll do the dishes after I relax a bit, and then it’s almost bedtime. Toss in there wanting to run, and write? It’s quite a full day, and I have trouble finding time for writing.

I won’t say that there isn’t time to write or that I can’t find it. In fact it’s quite the opposite. I’ve done NaNoWriMo the last three years, and won 2 of those. So there is time, I just don’t discipline myself to use the time I have.

What if I didn’t relax so long, or at all? Sometimes that turns from a short rest into much longer than I want. Instead, go do the dishes right away and just get them done. It would give me more time later.

What if I didn’t spend time playing games or watching movies? Although, I do that for the most part now. I used to be a huge gamer and play a lot in the evening. With the advent of kids and trying to write, I don’t play the way I used to. I could also go into another room while my wife watches a movie so I’m not tempted to watch with her.

Writing, as is the case of most things in life, is about using the time that you have. I can complain that I don’t have time to write, but that’s not true. I have the time, and I know it. So, instead of taking the time to complain, take the time to actually do something. Instead of doing things that aren’t helpful to your goals, do something that is useful.

I won’t deny that there are times when you really don’t have the time. But, those don’t normally last. And there might be things that you have to put aside for a time. Playing games or watching movies to relax aren’t bad, in themselves. But when I have bigger goals, they aren’t helping me in the long run. Maybe if I ever get to a point where writing is a full time thing, then I could go back to playing games on a more regular basis. But until that time, I am going to have to limit, if not completely cut, those types of things, so I can further my goals.

One last thing. Recently I find myself on the end of wanting to write, but being too depressed or tired, or low energy. Not sure which, or if it’s all of them. So, what do you do? I’m finding that I just have to do: BICHOK. Oh, that could be bad saying it out… But, it means: Behind In Chair, Hands On Keyboard. So, I’m taking my own advice here, and doing just that.

*clack, clack, clack* Looks up. You’re still here? I would like to get some words pounded out tonight. Watches as people leave. Thanks. I’ll have something for all of you at a later date, I promise.

So, where’s the blogger? I’m still here. I’ve been busy at home, working on things around the house, so my writing and reading times have been limited.

I put The Way of Kings down for a bit while I was working on my house. I’m about half way done, and will pick it up again. I’ve been enjoying it. I have been reading through some other books, and gamebooks as well. (What are gamebooks? Well, I will talk about those in another post, later.) Most of my reading is relating to writing at the moment, with some books about plot and characters. Good books that I’ll have to review later.

I’m also trying to figure out what to do with the blog, in the way of information. Should I share info about the story? Some of the things I want to do with it? Post some small character concepts? All that is brewing around in my head as well.

As I said in one of the last entries, I’ve got some things waiting to get finished as well. So, to quote Monty Python: “I’m not dead yet!”